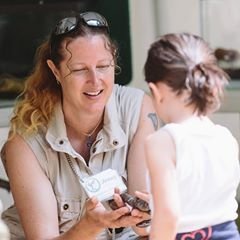 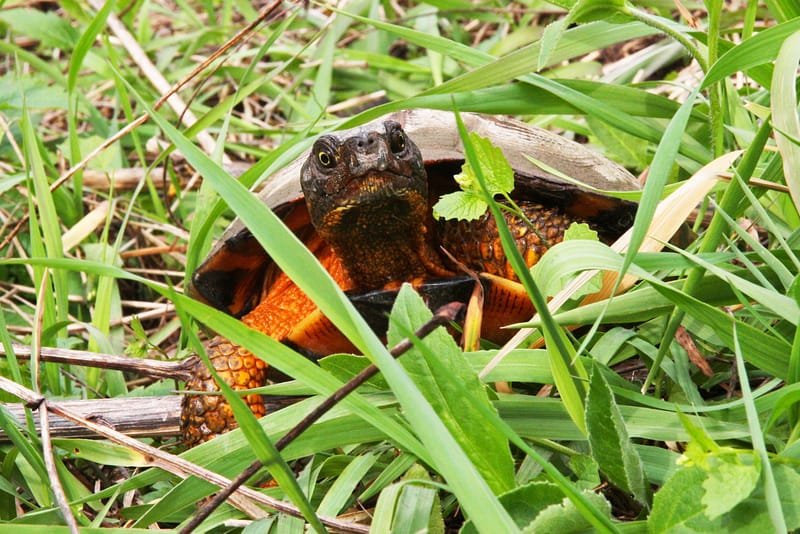 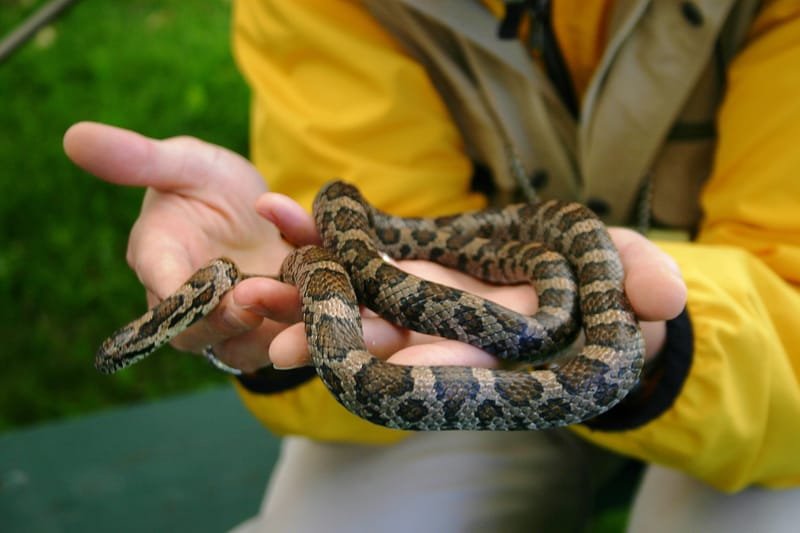 About the Company
Sciensational Sssnakes!! provides hands-on educational programs for all ages about reptiles and amphibians. Our main focus is on native Ontario species. This is a very important topic because reptiles are the most at risk group of animals in our province. We provide flexible programming, usually with a show or display format all months of the year. Snakes dominate most of our shows for many reasons. They are almost perfectly designed for hands-on activities. They are safe, clean and easy to handle. They are one of the most misunderstood animals on the planet, and suffer greatly because of this lack of knowledge about them. Very limited hands-on opportunities are possible with lizards and turtles. Amphibians are generally restricted to displays, as their sensitive skin precludes handling.
Sciensational Sssnakes!! was started as a business in 1994 after Jenny Pearce and Jeff Hathaway graduated from the University of Guelph. Prior to this, Jenny had been doing educational snake programs as early as 1985 on a voluntary basis. Initially part time, Sciensational Sssnakes!! became Jenny’s full-time occupation late in 1996, and Jeff’s in 2001. The business was started in Guelph, ON, moved to Etobicoke and then to Orillia, where Scales Nature Park was created while Sciensational Sssnakes!! continued to educate people across Canada. In 2012 Jenny and Jeff separated, Jeff continues to own and operate Scales Nature Park while coming full circle Jenny has moved Sciensational Sssnakes!! back to where it all began in Guelph. With the aid of volunteers, many from the University of Guelph, and fantastic staff, Sciensational Sssnakes!! continues to provide excellent educational opportunities to people of all ages at all manner of venues across the province. We hope to continue this trend of high quality programming for many years to come.

About the Collection
The emphasis of our captive collection is on species which are found in the wild in Ontario, since that is the main focus of our educational programs. We maintain one of  the most complete collections representing live Ontario herpetofauna in captivity in the province.  Our animals come from a variety of sources. We have produced many species within our collection, and obtained individuals which have been bred and born in other zoos and licenced facilities. We strive to find specimens which have been produced in captivity. We generally disapprove of the removal of animals from the wild, though we do feel that it is justified in some cases for legitimate educational or research efforts. Some of our animals are unfortunate examples of illegal collection from the wild, or rescues for health or habitat loss reasons.  Examples of our Ontario species include the Eastern Fox Snake, Northern Water Snake, Black Rat Snake, Wood Turtle, Spotted Turtle, Stinkpot Turtle and Grey Treefrog.
Another area of interest encompasses species which are found elsewhere in Canada, such as the Bullsnake and Western Hognose Snake.
We also maintain a substantial number of exotic species in our collection. Many of our programs include information about appropriate pet reptiles such as Corn Snakes, and inappropriate pets such as Burmese Pythons or Boa Constrictors. We have a fair number of exotic snake species to facilitate this, and to provide additional opportunities during the hands-on part of our programs. Our collection includes a few exotic lizards that are well suited to the type of programs that we do, such as the Blue-tongued Skink and Fat-tailed Geckos. Most lizards are not suitable for our programs, as they have claws and teeth. They tend to be more skittish than snakes, in part because, unlike snakes, lizards have external ears and can hear the noise generated by excited children! Other examples of our exotic species include the Texas Rat Snakes, tricoloured Milk Snakes, Ball Python, Brazilian Rainbow Boa, Sand Boa and Leopard Gecko.
We are often asked about the size of our collection. While it does fluctuate somewhat due to births, deaths and acquisitions, we generally have approximately 100 working snakes at any given time. This allows us to rotate them so that they all get some time off! Turtles, lizards, and amphibians bring the total number of individual animals to over 100, representing about 30 species. It is a lot of work maintaining a collection of this size and scope!
We do not purchase animals for resale — we are not a pet shop, nor are we reptile dealers. Breeding at the facility occurs in a very limited fashion. If we have offspring that are beyond the needs of our programs, we do make them available to suitable homes or educational facilities, depending upon the species. We sometimes accept donations of unwanted pet reptiles if they are of a suitable nature for our programs. This is how some of current “employees” came to us!